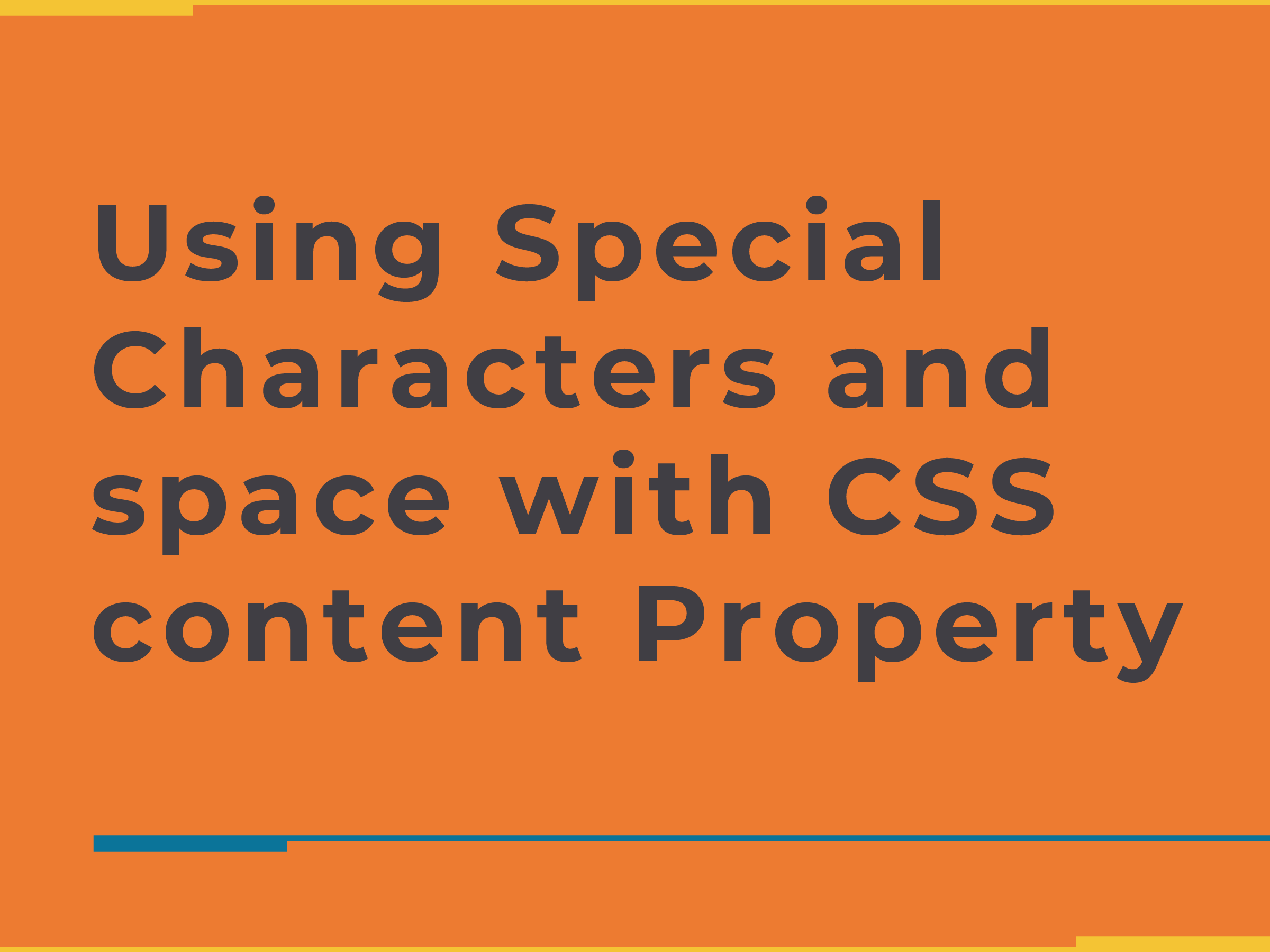 In that example we used the ::before Pseudo-class to add ‘Color Selected:’ to a WooCommerce product page.

The problem I ran into was that the DOM render would trim that extra space. Thankfully there are a couple of options to fix this issue.

The goal of this article is to explain how to add whitespace after that content.

How to add space with the CSS content property and using Unicode Characters.

We can add a space to the end, or multiple spaces, by adding a string of unicode characters to the content:
\00a0
or
\a0 ( one added space at the end )

The final code would be

Every special character had to be handled differently in order to work in previous versions of web browsers. Thankfully the devs have worked most of the issues out however knowing these solutions can provide us flexibility in our web pages. There are still some times that we need to communicate the content a little differently in order for our expected content to render on the page

One solution to getting our special characters to render would to be to use the CSS version of the Unicode Character.

For example, if you wanted to add an email address:

These unicode systems still work, and you can use them today in your own coding.

In fact, you could even use Unicode versions of alphanumeric characters.

Escaping Special Characters with a Backslash

Special Characters have a secondary way to include content by working without Unicode characters. This solution is far easier to implement.

To use a apostrophe (‘) in your content, for example, you could use the Unicode \00002F or use the even easier solution of putting a backslash (\) in front of the quotation marks:

The simple addition of a backspace before the special character communicates to the browser that the following character should be taken as a hexadecimal character and to be ignored by the processor.

Luckily, modern versions of browsers and advancement in the CSS specs has pretty much alleviated having to work with Unicode Characters. These days using an at-symbol (@) or a greater-than than symbol ( > ) can be used in the content property without being escaped at all.

Unfortunately for our example, putting a backslash before a space (\ ) does nothing for us when attempting to create a space between our text. The whitespace is still trimmed along with the back slashes. While the backslash is a great solution for special characters, we will need to utilize the Unicode solution to insert a trailing space.

How to Add Extra Spacing by Using CSS Pseudo-classes ::before or ::after

By using the classic system of utilizing unicode characters to our CSS content property we will ensure that we have the spacing we want.

In fact, if we needed two spaces, or more, we could simply add two unicode characters: